Home › Journal of Physics A: Mathematical and Theoretical › Meet our prize-winning authors

Every year on JPhysA we award a prize to the authors of up to three of the very best papers published in the journal. The Best Paper Prize  is decided by our panel of section editors at the board meeting based on the criteria of novelty, achievement, potential impact and presentation
We’ve asked the authors of the 2015 prize winning papers to tell us a bit more about their research.

John Cardy has made significant contributions across cutting-edge areas of theoretical condensed matter physics and statistical mechanics, perhaps most notably in conformal field theory. He has to his name the Cardy formula for black hole entropy, the Cardy formula in percolation theory and the Cardy conditions in boundary conformal field theory, as well as the Cardy a-theorem, which seeks to constrain all possible theories of quantum particles and fields. In his prize-winning paper, he addresses the quantum entanglement properties of quantum field theories.

Some results on the mutual information of disjoint regions in higher dimensions
What prompted you to pursue this field of research?
Understanding quantum entanglement properties of quantum field theories is a very active area nowadays, because it yields information about them which goes beyond conventional ideas based on correlation functions.
In particular in recent years a lot of exact results have been found in 1+1 dimensions, in part work I have been involved in.

What is your prize-winning paper all about?
I wanted to see what can be said about the same problems in higher dimensions. In particular I wanted to answer the question of how the degrees of freedom in two widely separated regions of space are entangled in the vacuum of a massless quantum field theory. I found that this decays like a power of the distance between them, with a universal coefficient which depends on the shape and size of the regions. In some cases I was able to reduce this to a problem in electrostatics, where I could use some classic results due to W Thomson (Lord Kelvin) from the 19th century. It was nice to be able to cite his paper in the references!

What do you plan to do next?
I am currently trying to understand how these results might generalise to massive quantum field theories and perhaps form a basis for understanding renormalisation group flows – also how this entanglement might be measured experimentally, at least in principle.

Alexander Zhiboedov, now a postdoc at Harvard, won a prize for work carried out at Princeton with Juan Maldacena. Juan Maldacena is best known for his proposal of the anti-de Sitter/conformal field theory correspondence, which brought together theories relating to elementary particles and theories of quantum gravity and represented a major advance in our understanding of string theory and quantum gravity. This paper continues to increase our understanding of the relationship between gauge and gravity theories.

Constraining conformal field theories with a higher spin symmetry
What prompted you to pursue this field of research?
In understanding the duality between gauge theories and gravity theories, which is in general very complicated, there seems to be a limit which is largely controlled by symmetries. We hoped that understanding of this limit should be possible and useful.

What is your prize-winning paper all about?
We proved a theorem that adding an extra symmetry (generated by a current of spin higher than 2) to a conformal field theory (CFT) makes it trivial. In other words we proved that the maximal symmetry of a nontrivial CFT cannot be extended beyond the usual symmetries that people discuss, like flavor symmetry of supersymmetry. 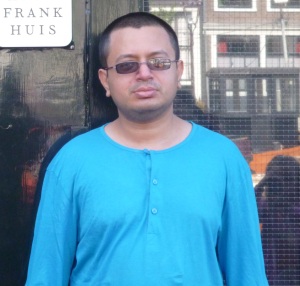 Diffusion in periodic, correlated random forcing landscapes
What prompted you to pursue this field of research?
How to correctly treat disorder in physical systems has been one of the most relevant and commonly encountered questions in studies of physical systems. I have been interested in this topic since my PhD days, particularly in the context of transport in random media, because of its both fundamental and practical applications. On the practical side, one is faced with the dilemma of whether to rely on a measurement performed on a single sample of disorder vis-a-vis an average over many different samples. On the fundamental side, a big issue is how to characterize analytically the effects of disorder in a given dynamical setting.

What is this latest paper all about?
Defects and disorder are ubiquitous aspects of physical systems. A question often encountered while making measurements of physical observables is how should one correctly account for sample-to-sample variation of disorder. In this regard, a common practice is to assume that a single measurement for a large enough sample correctly estimates the average over many different samples. This process of self-averaging often works well. However, there are cases where it breaks down drastically, namely, where rare realizations dominate the average behavior that therefore does not coincide with the typical behavior that would be observed in a single measurement. In our paper, we provide an explicit demonstration of such an effect through exact analytical and numerical results for a solvable model of transport in random media. The model involves a Brownian particle moving in a disordered potential given as a periodically-extended fractional Brownian motion with arbitrary Hurst exponent H. Our calculations show that the diffusion coefficient of the particle in a potential of period L is strongly non-self-averaging, with moments supported by atypical disorder realizations. The typical value of the diffusion coefficient decays as a stretched exponential in L with exponent H, while its positive and negative moments have instead the exponents H/(1+H), and 2H, respectively. Our work underlines the crucial role that disorder plays in dictating the behavior of physical systems, and cautions against naive implementation of single-sample measurements to replace averaging over many different samples.

What do you plan to do next?
We will continue to explore the issue of disorder effects in static and time-dependent properties of physical systems. In particular, we plan to address the issue in the context of many-body systems comprising a large number of interacting constituents. Such studies are relevant from both foundational and practical viewpoints, and serve to deepen our general understanding of physical systems.