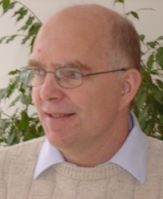 Professor Michael Schulz, Director of the Laboratory for Atomic, Molecular and Optical Research at Missouri University of Science and Technology has just published Influence of the post-collision interaction on interference effects in ionization of H2 by proton impact with JPhysB.  In this interview he answers our questions about his research, what problems science needs to solve, and his advice for young scientists.

Q: Which research projects are you and your group currently working on?

In our current research projects we study the role of the projectile coherence properties on the few-body dynamics of simple atomic systems. In such systems various types of interference effects have been observed and thoroughly studied by many groups. However, essentially no attention was paid to the projectile coherence requirement, i.e. the most basic requirement for observing interference effects. In our current work we have demonstrated that for ionic projectiles it is crucially important to properly account for the coherence properties (while for light lepton – atom/molecule collisions the coherence requirement is almost always satisfied). At present we use these properties as a tool to study the interference term in greater detail and more systematically than was possible previously.

Q: What motivated you to pursue this field of research?

Our current research projects are motivated by our interest in the few-body problem (FBP). The essence of the FBP is that the Schrödinger equation is not analytically solvable for more than two mutually interacting particles. Therefore, detailed experimental data are necessary to guide theoretical modelling efforts. For a relatively simple atomic system, for which the existing models were thought to provide an adequate description, we uncovered very surprising discrepancies between theory and experiment. After more than a decade of vivid debates, we obtained experimental data that suggest that the coherence projectile properties may be responsible for these discrepancies.

Q: Where do you think the field is heading?

In analogy to classical optics, one possibility to influence the coherence properties of the projectiles is to place a collimating slit at varying distances before the target. In principle this makes possible to control to some extent the few-body dynamics in atomic systems. For the relatively simple systems which we typically investigate this control does not go much beyond enhancing or suppressing interference terms, i.e. the reaction probabilities can be manipulated. However, for more complex systems a larger degree of control may be possible. For example, in a recent paper Miret-Artés stated that our studies “indicate the opening of a new direction of research, namely the coherent control of molecule surface collision processes.”

Q: What current problem facing humanity would you like science to provide a solution to?

Undoubtedly, one of the most threatening problems to humanity is the climate change. Science has made important contributions already by first of all determining beyond reasonable doubt that this is a real threat and second by providing some general guidelines for what needs to be done. But due to the enormous complexity of the problem obviously much more scientific work is necessary in order to provide more specific solutions.

Q: What has been the most exciting development in physics during the course of your career?

It is difficult to single out one development, but in my opinion some of the most exciting developments happened in particle physics like the non-zero neutrino rest masses and the discovery of the Higgs boson.

Q: What advice would you give to young scientists?

I believe that one of the most important pieces of advice that should be given to young scientists is not to bow to “fashion”. Instead, in picking a research direction, decide on your own, independently of what seems to be “in vogue”, what are the most fundamentally important, and yet unsolved problems in physics.

On behalf of JPhysB I would like to thank Professor Schulz for answering our questions and for recently publishing “Influence of the post-collision interaction on interference effects in ionization of H2 by proton impact” in the journal.