Home › Journal of Physics A: Mathematical and Theoretical › Meet the winners of the JPhysA Best Paper Prizes 2016

Meet the winners of the JPhysA Best Paper Prizes 2016

Since 2009, the Journal of Physics A has awarded a Best Paper Prize, which serves to celebrate and applaud well written papers that make a significant contribution to their field. In 2016, the Editorial Board awarded 3 prizes using the criteria of novelty, achievement, potential impact and presentation.

In the first of a series of three interviews, meet David Gómez-Ullate, Yves Grandati and Robert Milson, the authors of ‘Rational extensions of the quantum harmonic oscillator and exceptional Hermite polynomials’ David Gómez-Ullate et al 2014 J. Phys. A: Math. Theor. 47 015203. 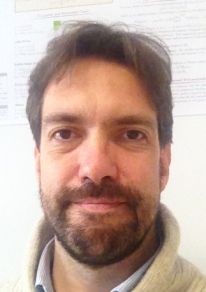 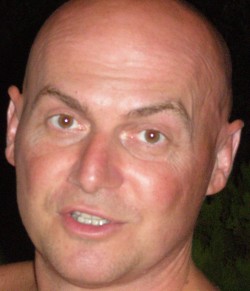 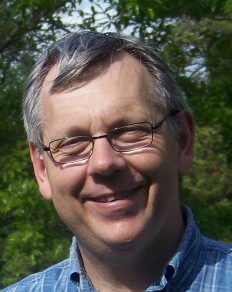 David Gómez-Ullate is a professor in Applied Mathematics at Universidad Complutense and the Institute of Mathematical Sciences in Madrid. He obtained is PhD in Physics in Madrid and has held full-time research postdoctoral positions in Montréal (CRM and McGill), Università di Bologna and UPC Barcelona.

Yves Grandati obtained his PhD in Physics from the Université Joseph Fourier-Grenoble in 1991.  Since 1992 he has been a professor at the Physics department of the Université de Lorraine in Metz with a research activity in mathematical and theoretical physics.

Robert Milson obtained his PhD from McGill University in 1996.  After post-docs at the University of Minnesota, the IAS in Princeton, NJ he moved to Halifax, Nova Scotia in 1999, where he is now a professor at the department of Mathematics and Statistics, Dalhousie University.

Two of us realized, back in 2009, that new complete families of polynomial eigenfunctions of Sturm-Liouville problems exist. We initially thought that these families of solutions would be very rare, so we decided to call them exceptional polynomials. However, thanks to the work of many colleagues (Quesne, Sasaki, Odake, Durán, to name just a few) we figured out a systematic way to construct an infinite number of them. We did this by iterating a particular class of Darboux transformations.

Coming from the mathematical physics community, we had to make an effort to communicate our results to specialists in orthogonal polynomials and special functions. We think that this interplay between these two communities has been particularly fruitful in the rapid development of these ideas.

What is the winning paper all about?

Every family of exceptional polynomials is associated with an exactly solvable potential in one dimensional quantum mechanics, whose expression is a classical potential (harmonic oscillator, isotonic oscillator, Pöschl-Teller, etc.) plus a rational term. In this paper we characterize the whole class of rational extensions of the harmonic oscillator that are exactly solvable. Their spectrum is essentially equi-spaced but there is a finite number of missing energy levels. Correspondingly, the exceptional Hermite polynomials have a finite number of “missing” degrees in their sequence, yet they still span a complete basis of the Hilbert space, i.e. the Hamiltonian has a pure-point spectrum. The complete classification is achieved by borrowing results on trivial monodromy potentials with quadratic growth obtained some decades ago by the Russian school (Oblomkov, Veselov, Chalykh, etc.). 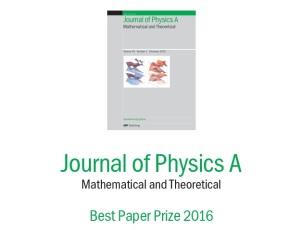 This paper classifies all exceptional polynomials of Hermite type. We would like to complete the entire classification of exceptional polynomials, and we believe that we are close to that goal. In addition, we would be interested to find out if any potential in this large class describes interesting physical phenomena.

We are also describing some of the mathematical properties of exceptional polynomials, such as their recurrence relations or properties of their zeros, and investigating their relation to rational solutions of Painlevé type equations.

To see the rest of the winners and the nomination process for the Journal of Physics A Best Paper Prize 2017, visit this page.

This work is licensed under a Creative Commons Attribution 3.0 Unported License. Images used with permission from the authors.