Home › Journal of Physics A: Mathematical and Theoretical › “I most like problems that have a very clear answer” – an interview with Professor Robert Ziff

Professor Robert Ziff is a theoretical physicist and Professor of Chemical Engineering at The University of Michigan.  He is also a member of the Editorial Board of Journal of Physics A: Mathematical and Theoretical.  He works on a number of topics relating to the statistical mechanics of gas and polymer systems, and we talk to him about his career, current research and what it is he finds so appealing about the topics he studies. 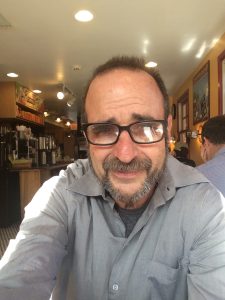 Could you provide us with a brief summary of your career so far?
I studied as an undergraduate at UCLA and [did my] graduate work at Rockefeller University in New York, where I worked with George Uhlenbeck, Mark Kac and E. G. D. Cohen.  My PhD work was on Bose-Einstein condensation and the fluctuations in the ground state.  This was before Bose-Einstein condensates were found experimentally, so there was not a lot of work on it at that time (it was considered somewhat academic).

I did a post-doc at Los Alamos, looking at the motion of vortices in rotating helium, and another post-doc at Stony Brook, working with George Stell and studying polymerization and aggregation.  This led to my interest in the percolation model, which I have worked on ever since.

My academic position is at the University of Michigan, where I work in the Chemical Engineering department.  Nowadays, there is probably more statistical mechanics being done in engineering departments than physics departments, although it is generally applied to physical problems and simulated by computer.

You have done a degree of work on statistical mechanics of gas and polymer systems.  What other research areas are of interest to you and what led you to this area of research?
I worked on several engineering problems, most notably introducing a model of catalytic surface reaction (the “Ziff-Gulari-Barshad model”), which has attracted much attention in the physics field as an example of a non-equilibrium system that goes through different kinetic phase transitions.  I also became interested in the random sequential adsorption problem in the 1980’s, and recently wrote some papers on that.  I worked with Len Sander here at the University of Michigan on rare-event simulation techniques.  But most of my recent work has been on percolation, both theoretically and by simulation.

What kind of problems appeal to you?
Well, I most like problems that have a very clear answer — either a precise numerical value (a percolation threshold, a critical exponent value), or a clear simple formula.  This is because both of these can lead to lasting contributions to the field.  I became very obsessed over the years in finding the percolation threshold for various lattices, for example.  In 2d, I developed a method in collaboration with Chris Scullard that allows thresholds to be found exactly for broad classes of lattice systems, by a kind of generalization of the star-triangle transformation.  Previously, exact thresholds were known for just a handful of lattices: the square, triangular, honeycomb, and kagome lattices.   Secondly[,] I also became very interested in ways to calculate thresholds efficiently, and this applies to all dimensions.  With Mark Newman I developed a “microcanonical” approach to percolation that allows quantities to be calculated very efficiently as a function of the occupation probability[,] p.  We wrote several papers extending the thresholds of some lattices from 4 to 7 significant digits of precision.  More recently, the baton in this work has been taken up by others, and now Jesper Jacobsen is able to find some thresholds that are supposedly accurate to over 12 digits. [Jesper Jacobsen was interviewed by JPhys+ earlier in the year as one of the winners of the JPhysA Best Paper Prize 2016].

What are you currently working on?
The percolation model is a mathematical model of networks and connectivity that goes back to the 1950’s.  It because popular in the 1960’s and 1970’s in the physics field, popularized by the Kings College London group of Cyril Domb that included Michael Fisher, John Essam and M. F. Sykes, who published many papers in the pages of [JPhysA] at that time.  If you randomly make the links or nodes in the network conducting or non-conducting, the question is, what fraction needs to be conducting for the system to conduct overall?  Furthermore, cluster sizes and properties can also be addressed.  The model is a basic paradigmatic one of statistical mechanics, not unlike the Ising model to which in fact it is linked through the Potts models.  In two dimensions, many aspects of the model can be solved exactly, adding to its importance in the field.  In the last decade or so, it has become of very high interest in the field of mathematics, where many exact results have been found, leading to two winners of the Fields medal.  I am currently studying holes in percolation clusters, properties of the function that counts the total number of clusters in a system, and percolation of spheres in a random jammed configuration.  I am also working on a practical application of percolation related to the delivery of medicine from a pill that is a mixture of components of different solubility.

What would you say has been your career highlight to date/ biggest achievement to date?
The development of the Ziff-Gulari-Barshad model of catalysis, and the Newman-Ziff algorithm for the study of percolation.  These are among the highest cited work.

What are the challenges facing researchers in mathematics and theoretical physics?
Finding exact results in dimensions great[er] than two seems to be an insurmountable problem, but perhaps some things will be found… A more practical problem, at least in the United States, is finding funding to support students and post-docs to work in theoretical fields…

Where do you think your research will take you next? Are there any other fields you are interested in exploring?
I am looking at some applications of percolation, and also trying to write a more general account of the subject in the form of a book.

Finally, do you have any advice for young researchers entering the field?
It seems that nowadays, to get a job (at least in the US) it is useful to work on problems with a connection to biology or other practical problems.

On behalf of Journal of Physics A I would like to thank Professor Ziff for his work as a board member and for taking the time to talk to us.