As 2016 draws to a close, I take a look back at some of the most exciting science stories to come out of the past year.

The first solar powered round-the-world flight touched down on July 26th 2016. The landing of 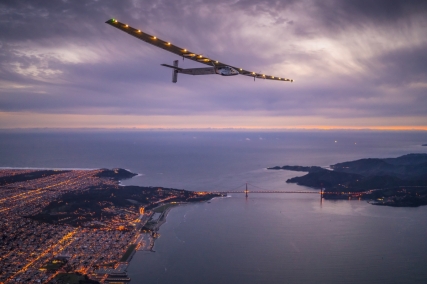 the Solar Impulse aircraft marked the culmination of an effort that started over a year earlier and a project that has spanned more than a decade. The 42 000km flight spanned four continents, three seas and two oceans. During the flight, the masterminds of the project, Bertrand Piccard and Andre Borschberg set 19 records, including longest uninterrupted solo flight, after the longest leg of 8924km lasted 117 hours. Solar Impulse weighs about the same as a car, but has the wingspan of an Airbus A380. It’s power was supplied by 17 000 solar cells during the day and a series of Lithium Ion batteries overnight. Solar Impulse aimed to demonstrate the potential of renewable energy using existing technologies – and it certainly succeeded.

The 3000 year old game of Go has long fascinated artificial intelligence researchers and
human players alike. While the rules are simple, they create a complex game. Go has 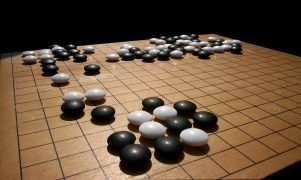 (approximately) 2×10170 possible arrangements of pieces – more than the number of atoms in the universe. This makes it impossible to simply process all possible iterations, as a chess-playing computer does. To succeed, humans use intuition and creativity to win. The program therefore has to “think” in order to win. With this in mind, many believed it would be years until AI achieved notable victories against professional players, and until 2015 no professional had been defeated by an AI without handicaps. However in March 2016 the AlphaGo program, developed by Google DeepMind, defeated professional Go player Lee Sedol 4-1 in a five-game match, marking a milestone in the development of AI. AlphaGo’s use of neural networks, formed of millions of neuron-like connections, allows it to learn how to play Go. Prior to the historic victory AlphaGo observed 30 million moves from games played by humans. After this, it played millions of matches against variants of its own network – allowing it to perfect its game through trial and error. Hopefully this kind of machine learning will allow AI to be used in a wide range applications. 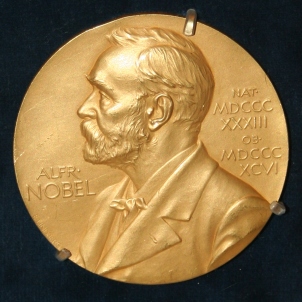 Every year, the announcement of new Nobel Prize winners causes a bit of a stir here at IOP Publishing.  The Physics prize this year was divided between three researchers. One half was awarded to David J. Thouless and the other half jointly to F. Duncan Haldane and J. Michael Kosterlitz for their work advancing the theoretical study of unusual states of matter and topological phases. The Chemistry award was awarded to Jean-Pierre Sauvage, Sir J. Fraser Stoddart and Bernard L. Feringa for their development and synthesis of molecular machines, including molecular motors. The Nobel Prize in Physiology or Medicine was awarded to Yoshinori Ohsumi for his discoveries of the mechanisms of autophagy – the process through which cells recycle their own contents.

Scientists using the Clustered Regularly Inter-spaced Short Palindromic Repeats (CRISPR) gene editing technique partially restored the sight of rats blinded by a genetic condition retinitis pigmentosa [2]. Their breakthrough demonstrated the ability to edit DNA in non-dividing cells in a living animal for the first time. Other groups have previously demonstrated genetic editing in dividing cells grown in a laboratory, but this is the first time that it has been shown to work in a living animal.

By altering the genes affecting the rats’ eyes, researchers were able to restore some vision. Although only partial restoration occurred, the successful demonstration of genetic repair in a living creature is unprecedented.  However, only a small fraction of the cells were altered, and this lack of efficiency is a major problem for therapeutic use of gene editing. While a lot of work remains to be done, the discovery of this technique could lead to the treatments to reduce the impact of, or even cure a range of age-related diseases.

February 11th marked the official announcement and publication of the first detection of ripples in space-time, known as gravitational waves [1]. The results finally confirmed one of the predictions of Einstein’s 1915 general theory of relativity. The twin Laser interferometer Gravitational-wave Observatory (LIGO) 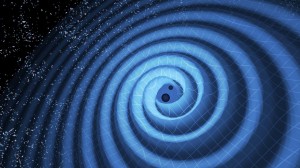 detectors originally received the signal on Spetember 14th, 2015 at 09:51UTC. However, the result was not confirmed and published until February 2016.  Based on the detected signals, LIGO estimate that the waves were produced by a pair of black holes massing approximately 29 and 36 Solar masses and that the event of occurred around 1.3 billion years ago.

General relativity predicts that a pair of black holes orbiting each other will shed energy in the form of gravitational waves, causing them get gradually closer over billions of years, before abruptly merging in a matter of seconds. During the final fraction of a second, the two holes merged at almost half the speed of light, converting about 3 solar masses directly into energy in the form of gravitational waves. These waves then propagated at the speed of light, across the universe, until they were detected by the two LIGO detectors.

While confirming the prediction of relativity is significant, the possibilities opened up by the detection of gravitational waves could be more significant. The waves are barely effected by their passage through astronomical bodies, so make excellent messengers to carry information about the events which formed them across billions of light-years. 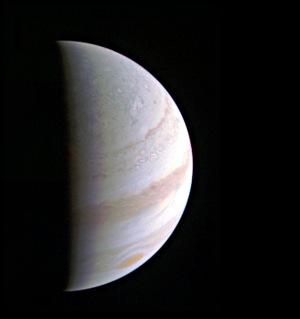 In July 2016, the NASA space-probe Juno became only the second spacecraft to enter orbit around our solar system’s largest planet, Jupiter. In Greek mythology, Juno was the god Jupiter’s wife. When Jupiter used a veil of clouds to conceal his mischief, Juno could see right through them. In a similar way, the Juno probe aims to peer through the clouds of Jupiter for the first time and shed light on the planet’s origins and evolution. During it’s 32 data-collection orbits, it will study the deep atmosphere, gravitational and magnetic fields. Through this mapping, Juno aims to reveal the interior structure of the planet, in particular, whether a theorised solid metallic hydrogen core exists. This core is the proposed source of Jupiter’s extreme magnetic field.

According to Nasa, Juno will set several records, including the first solar-powered spacecraft in orbit around Jupiter, the closest fly-by of Jupiter, the first 3D-printed titanium parts in space and the highest-resolution images of Jupiter in history. The first of these images are being made available on the Juno homepage and are well worth a look. Whatever the outcomes of the mission, it will add considerably to our knowledge of the largest planet in our solar system.