In a recent paper in JPhysB, published as part of our Emerging Leaders special issue, Giovanni Cirmi describes the first experimental results in the direction of a terahertz-cascaded optical parametric amplifier, a new technique which can exploit spectral cascading to generate narrowband terahertz radiation with few percent optical-to-terahertz conversion efficiency.  We asked them to explain their work for us:

Free electron lasers (FELs) have allowed in the last years several discoveries in physics, chemistry and biology. FELs produce X-ray radiation emitted by electrons which are accelerated by radio frequency radiation of typically 10-cm wavelength. Due to the long wavelength of such radiation, current FELs are large scale facilities (100 m – km long) and have a high need for power or energy.

Millimeter-wave or terahertz radiation has become of crucial importance in the last decades for spectroscopy and imaging. It is natural to ask whether one can use multi-cycle terahertz radiation to accelerate electrons for table-top FELs (TTFELs) since the size of the accelerator should scale with the wavelength. TTFELs might be able to produce attosecond pulses and can be distributed to small scale scientific laboratories at much lower cost albeit also lower X-ray flux, but still sufficient for many experiments. 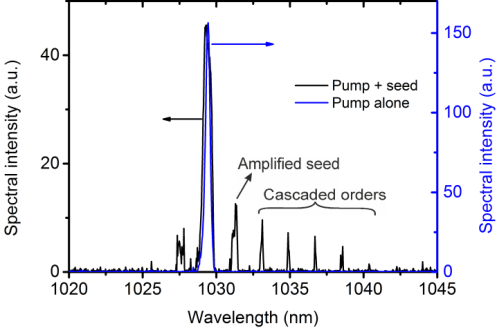 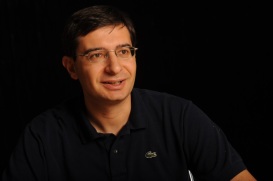 Giovanni Cirmi received his M.Sc. in electronic engineering in 2005 and his Ph.D. with honors in physics in 2009, from Politecnico di Milano, Italy. He was granted two ‘Progetto Rocca‘ fellowships at Massachusetts Institute of Technology, USA. In 2012 he joined the Ultrafast Optics group at CFEL/DESY (Hamburg, Germany), where he is team leader in the area ‘Femtosecond optics/OPAs’.

Like Loading...
‹ Quantitative atomic force microscopy, regardless of operation mode
Image of the week: Profiles of the matter density and electron fraction inside a massive neutron star ›

Categories: Journal of Physics B: Atomic, Molecular and Optical Physics